I started making this collection of Boston Area attractions a couple of years ago in the hope of printing it and putting little slips of paper into my children’s advent calendar. Finally got back to it and will ACTUALLY do it this year (rather than just putting in some badly hand-drawn pictures) ==>BostonLogos <== pdf file

And here are the logos I have included so far… Hope it helps with making an excellent adventure-filled month of December.

Came back from our first overnight camping trip in one piece!

We joined the Mass Audubon Family Campout on Saturday, which included a canoe trip on the Ipswich river, a WHOLE LOT of s’mores and more wildlife than we could shake sticks at. It was also the first time I had taken Alex and Jen camping. They had a great time! – hurray – and didn’t want to leave. It was a really good trial camping actually, because Angela and Cheri from Mass Audubon had plenty of activities.

Also, no cooking was required. I’m a bit nervous about breaking out the old hiking stove and actually cooking a dinner when we go for a longer trip. Anyway, no cooking, just snacks and Angela and Cheri put on a nice breakfast with several pots of coffee – bliss.

So we set up our tent and played with the roughly 3 bazillion dragonflies before heading down the path to the Ipswich River. Jen got the cutest little life jacket, and both Jen’s and Alex’ Elmos got to help with the paddling by holding onto the paddle. Next time we apparently have to bring lifejackets for the Elmos. Angela did most of the work in the canoe, and since she was the front leader, we got see see a lot of wildlife (before we scared it away for the others). White birds, blue birds, geese, ducks, logs, cardinal flowers – and I didn’t bring my camera because I don’t have a water-proof bag.

Alex “Mama, this is the most beautiful place on the WHOLE earth. I love all the birds and dragonflies and beaver lodges.”

We got back to land just as the sun set and I carried Jen all the way up the hill to the farm buildings, Alex bravely ran through the bugs. And I have to say that those big black flies that take big chunks out of your skin really HURT! I used a whole bottle of mosquito repellent on us during the night – the mosquitoes were definitely out in force.

But so were the marshmallows. 🙂

Jen passed out mid-sentence sprawled across the tent at about 11pm. Alex finally put down his tremendously fascinating glow-stick about midnight. And then both woke up screaming about 5:30am. Sorry camping neighbors! That’s how my kids deal :-S Angela and Cheri put on that aforementioned excellent breakfast, we stayed and played on the grass until about 9am. At 9:03am both children were passed out in the car on the way home.

Lederman Park (Boston – map) – by MGH/Museum of Science – never made it but it looks awesome from Storrow Drive.

Bradley Palmer Wading Pool and Playground (Topsfield – map) – wading and sprinkler park – this will be the summer we make it!

<– where I post all the crafty stuff I plan to make

Last Wednesday was the first of the Mass Audubon Family Exploration Class. Tomorrow is the next class, so I thought I’d better catch up with myself and post some pictures ASAP. 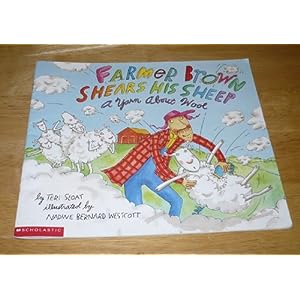 The class involved reading a story about sheep shearing, carding some wool, and walking down the hill to the farm. There the kids (and me) got to feed the goats, their kids, the sheep, and the lambs. We got sneezed at by a goat, at which there may have been some scared crying, and we got to go into the sheep paddock with the instructors.  Then we checked out the big red barn, where Alex mostly wanted to make dust cloud.

After class we had lunch at the picnic area, and then went back to visit the chickens, the fox, rabbit, and owls.

Both children fell asleep on the way home and napped for 2 1/2 hrs. Woohoo!

Hey – where are all the pictures? Turns out posting pictures is not such a good idea after your husband tries to “fix” your computer. He wanted to fix a sticky key that had some apple juice spilled on it, but he had two screws left over when he was done. The computer is currently in intensive care at a local computer repair place, so for now I will only post the couple of pictures I can scrounge off my phone and Facebook. One photo of the chicken Alex talked with for aaaaages, and one of the lambs we got to try and touch since we had staff.

Spring is here! Let’s go exploring! When will the bluebirds and bobolinks return to make their nests? Which animals will have babies during this season? Do the sheep like their new haircuts? Find out as we meet different animals – both farm and wild, and participate in a variety of hands-on and outdoor activities. Bring your curiosity and excitement as we wander through the farm and the sanctuary

We finally made it to Drumlin Farm, the Mass Audubon headquarters, working farm, and educational center. Alex and Jen loved it, though Jen was a bit cautious about all the animals, which is probably a good thing… She thought the chickens were the funniest, and the pigs the smelliest. We missed out on the hayrides, since I didn’t read the sign that said they would only run in the mornings: sad Alex. But, he is all excited about going back next week give it another shot.

on the path to the farm

Alex and Jen by the photo-op board

Jen by the barn

Alex by the barn

today’s offering was sent in as a guest blog post from Hilary Koeller at the Mass Audubon Society (hkoeller@massaudubon.org)

In the dead of winter when kids may be visiting playgrounds less and
less, I would like to tell you about a fun event that can be done from
the warmth of your own home.

Mass Audubon has an event coming up that is perfect for families,
children, and nature enthusiasts of all ages – our free annual Focus
on Feeders Weekend coming up on Feb. 5 & 6.

In a nutshell (or a suet feeder) we ask Massachusetts residents to
fill out a simple form noting the number and diversity of species of
birds visiting a backyard feeder. All of those who submit reports will
be entered into a random drawing contest for free prizes. We’re also
encouraging people to submit their wildlife photos (can be any animal
species) and we will award prizes in several different categories.

It helps us to track trends in abundance and distribution patterns of
birds. We’ve run this fun event for 40 years now and over time have
collected quite an interesting database of information. This event is
particularly great for getting children excited about identifying
birds and participating in the scientific process.

For more information or to download a reporting form, please visit:
www.massaudubon.org/focus

Thanks for helping us spread the word among your friends.

Just a lovely, calm walk in the woods for Mass Audubon Late Fall Toddler Class Mark IV. We went to look at the Rockery at the Ipswich Sanctuary, which I only just noticed has it’s own Facebook Page. We looked at beaver dams and ducks and even found a number of recent chunks of wood the beavers had gnawed out. Want to know more about beavers? Check out Beaver Biology

We looked for squirrels during the third Mass Audubon Late Fall Toddler Class. We didn’t see many, probably because our Jen tried to -um- “sing” herself to sleep the entire time. Sigh. We did have a lovely walk in the forest though. And we did have enough warm clothing to keep us comfortable.  I even got thermal underwear from REI for Alex and Jen after last week’s cold noses.

We left some sunflower seeds for the squirrels and chickadees, who have developed a toddler-avoidance behavior. A couple of the famously tame chickadees took seeds from my hand.

The craft we made back at the Nature Center was SUPER cute and Alex loved it. We made chipmunk costumes out of paper bags. Alex got to glue on white and black stripes, and brown tail and a handy-dandy ID card on the front of the vest. Really very cute and I think I’ll be making Halloween costumes this way for as long as I can find brown paper bags to fit them 😉

Must. find. gloves. And more hats

The second Mass Audubon Late Fall Toddler Class was a bit nippy, and I hadn’t bothered to bring mittens. At least both kids were encased in fleece, little baby UGG boots, and the cutest little Smart Wool socks in existence. Annette Swain read us Fairy Houses in the pleasantly warm Nature Center. Very nice book, and an excellent introduction to going outside and… building fairy houses.

I never knew they were called fairy houses. I’d always built them as models to show friends and students how to build outdoor shelters as part of surviving in the Great Outdoors. Ours got quite elaborate, but only in a functional keep-warm-and-dry kind of way. It’s much more fun to pretend you want to encourage wood fairies to come and live in your fairy house, compared to envisioning yourself shivering and wet and avoiding hypothermia. Doesn’t that sound cheery? And to think I’d look forward to doing that for a lot of my spare time. 🙂

I might have gotten into the activity a little bit too much – not sure that Alex had all that much to do with “our” fairy house in the end. But I think he enjoyed it: we used sticks and pine needles and leaves and dirt and nuts. It was AWESOME. I discovered today that frogs are tremendously well camouflaged and thus tremendously unphotogenic. I’ve cheated and used Google to find pretty pictures of the frogs we saw during the Mass Audubon Late Fall Toddler Class.

The vernal pool at the Mass Audubon Ipswich Wildlife Sanctuary had quite a bit of water in it today. And quite a few frogs.  We saw three or four tiny wood frogs trying to sleep in the pool, and a somewhat larger Leopard frog trying to hide in the leaves. Annette caught one of the wood frogs and everyone thought that was pretty awesome. Apparently at the right time in spring that pool is solid with frogs, which must be super exciting – for the kids of course – I’m too cool for that ;-).

Did you know that wood frogs freeze in winter? They hibernate in the top surface of the soil and leaves, but they make clever antifreeze proteins (glycogen and urea) to prevent osmotic damage during freeze/thaw cycles. Too cool! (pun intended)

My wildlife watching method, is to stumble over (step on) various rabbits, deer, snakes, birds,… and give them heart attacks. Apparently the mice at Ipswich River Wildlife Sanctuary knew I was coming, because all the mouse holes Annette found were empty. Or maybe it was a gaggle of excited two and three year olds approaching? Either way, we saw lots of holes, but no mice this week.

It was a bit rainy so we spent a bit of time in the nature center making critter homes. Annette supplied a range of plastic snakes, salamanders, and frogs and some Crayola Model Magic. Awesome stuff. Everyone made rocks and logs and caves for their critters, though some ended up inside a solid ball of Crayola Magic.  Alex enjoyed playing with the whole set up all the way to the next stop on our agenda. We went to Russell Orchards, and they make fresh apple cider donuts…